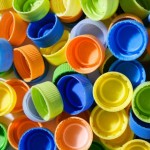 So you already recycle? That’s super! But what to do with those pesky bottle caps? Yes – the rules do change often, and also depend on the city/suburb in which you live. So it’s no wonder that you are likely confused.

Prior to starting my business, I considered myself to be an avid recycler. But it wasn’t until I began doing some research, that I really understood that it’s more complicated than one might think. As the recycling industry becomes more sophisticated with its machinery and processing, recycling companies are able to do more. That’s a good thing! But being an educated consumer who follows the rules becomes more work for those of us who strive to be green.

For many years, consumers were told to remove the bottle caps and not place them in recycling bins. There were a few options for the leftover ‘lonely’ caps – some companies including Aveda collected them at their stores. But old habits can be difficult for many of us to change. I have volunteered at several recycling drives this year and seen firsthand the types of items that people save up and unload. Last spring, one family brought a box containing nearly 1,000 bottle caps. They had been saving them up for a year, not realizing that in the Chicagoland area, these caps can now be left on the bottles.

What to Do?
For the Chicagoland area:

Recycling Process Details
According to the Association of Postconsumer Plastic Recyclers, FAQ’s section about bottle caps:

Recycling collection and processing technology has improved and demand for the recyclable material has increased, allowing for the updated caps-on recycling message and process. This important development is expected to be permanent.

Why make these changes?