The Impact of Clutter 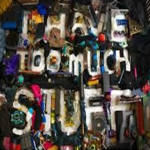 What makes us feel anxious and/or stressed? For each one of us, it’s generally different. Some people dread speaking in front of a group, while for others, it creates a ‘feel-good’ adrenaline rush. I fall into the latter. What about a high-ropes course? Some people thrive on this type of a challenge, and for others, heights only create nausea. Yes, this includes me – I do have a fear of heights.

Now consider clutter, having a mess in your own home or office. I doubt you have ever heard of this making any one feel good. I certainly haven’t! Trying to find an important piece of paper like a past due bill, a field trip sign-off for your child, or the phone number of an important business contact? What about digging in your purse, coat pockets or even your junk drawer, looking for your only set of car keys, and you are already late for work.

Mental/Emotional Considerations
I think that many of us have felt it, and now we know it. According to WebMD, clutter really does have an impact on one’s mental well-being.
Clutter – 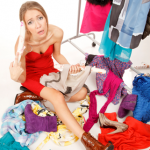 UCLA’s Center on Everyday Lives of Families published the findings of a 2012 research study  in the book “Life at Home in the Twenty-First Century.” For this study, 32 middle-class Los Angeles families opened their homes to UCLA researchers; results discovered that all of the mothers’ stress hormones spiked during the time they spent dealing with their belongings. In addition, 75% of the families who partook in the study had no room to park their cars in their garages as they were full of other items. For added information, visit UCLA Magazine.

Physical Impact
As discussed in The New York Times and on WebMD, clutter also has an impact on one’s physical health, particularly when the clutter is at a very high or hoarding level. Clutter’s physical impact –

Cognitive Abilities
Research conducted by the Princeton University Neuroscience Institute shows that you will be less irritable, more productive, less frequently distracted, and better able to process information with an organized home and office. Titled “Interactions of Top-Down and Bottom-Up Mechanisms in Human Visual Cortex,” the research was published in the January 2011 Journal of Neuroscience. Per the article’s abstract:

Multiple stimuli present in the visual field at the same time compete for neural representation by mutually suppressing their evoked activity throughout visual cortex, providing a neural correlate for the limited processing capacity of the visual system.

In less technical words – clutter makes you distracted and unable to process information as well as you could in an organized, serene environment.

We are all products of our environments, and vice versa, since the environments we create reflect and affect our physical, mental, and emotional health. When life becomes messy or disorderly, our physical as well as mental/emotional health can also get muddled and we become less energetic and less efficient.

According to TCM, the spring and fall seasons are the best times to release and let go on several levels. In the spring, you can gently cleanse your body, mind, and spirit, as well as your environment, preparing for the abundance of new growth of this energetic and vibrant season. This release of excess baggage – whether it’s accumulated weight from a sedentary winter or piles of clutter in your living space – allows you to create spaciousness, energy, and inspiration.

So Now What?
As all the clutter unhealthiness has been proven, move on to a healthier life!! Start your decluttering now! It’s the spring season! 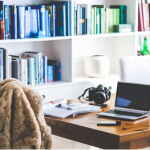