Saving Stuff? Millennials May Not Want It! 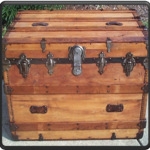 Do you have young adult kids who have recently graduated and will be living on their own? Or maybe you have one who is finally ready to move out of your home, and into an apartment? Yes – that does eventually happen. Or maybe you have someone moving home, but you have already filled up the extra bedroom with stuff…

Are you are like my former self? Thinking that you should keep that extra couch or desk or bedroom set, that has since been replaced, for your kids? Have you moved it to your basement, attic, or even a currently spare bedroom? Maybe you are even renting an off-site storage locker for all those extra things! When I moved to my own apartment after college, I was thrilled to get some furniture from my mother. It made no difference to me, that the décor was a bit off, or it was somewhat scratched. But old clichés remain, and times have changed. 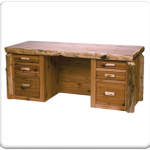 Unfortunately for those of us who have saved many items over the years, the majority of Millennials (defined as those born between 1980 and 2000) don’t want our stuff! Nothing personal; it just doesn’t work for them. Why?

They are more likely to move further distances from home for their jobs. And companies don’t pay for moving expenses any more. Therefore, it’s just cheaper to buy new and get what you want. If you move to different job locations every couple of years, it’s also easier to pack less.

Housing is very expensive, and many young adults cannot afford to live in large apartments, or live by themselves. So the large, bulky furniture of the past does not fit. And with one or more roommates likely to be involved, what if they don’t like your couch? In addition, Millennials prefer to live in dense, diverse urban spaces with social interaction just outside their front door (2014 Nielsen report “Millennials: Breaking the Myths). Smaller spaces in the city cannot hold the quantity of stuff that their parents kept in suburban homes for many years. According to the Nielsen report, 62 percent of Millennials prefer to live in the type of mixed-use communities found in urban centers where they can live near shopping, restaurants and work. And 40 percent of them say they would want to live in an urban area in the future.

And we can’t forget all the new technological advances! The entertainment systems of the past that held the really deep TVs are much too bulky, and the desk you studied at as a child is not computer compatible.

So where do former second-hand consumers and young adults shop for new furniture? Likely, it’s at Target, Wal-Mart and Ikea. The cost of furniture, in inflation-adjusted dollars, has fallen approximately 50% over the past 30 years, primarily due to the availability of cheaper imports. (Jerry Eperson, partner at Mann, Armistead and Epperson, an investment bank specializing in the home-furnishings sector) These less expensive items are likely not made as well as the old stuff, but they’re functional and affordable, and fit the current decor. Plus the Millennials focus on the ‘now’, and are less concerned about what they might need in the future. 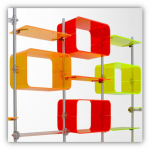 This is the social generation! The 20 and 30-somethings are not defined by their possessions, other than their latest-generation cellphone (The Washington Post). Memories are kept in photos, all shared in the moment with their numerous on-line friends. Sports trophies and T-shirt collections have become much less meaningful.

“Take Kelly and Josh Phillips, who rent a small 700-square-foot apartment in the Washington, D.C.’s Shaw neighborhood. The couple frequently sells things on Craigslist and calls an Uber instead of owning a car. ‘My parents are always trying to give us stuff,’ says Kelly, a 29-year-old real estate marketer. ‘It’s stuff like bunches of old photos and documents, old bowls or cocktail glasses. We hate clutter. We would rather spend money on experiences.’ ‘I consider myself a digital hoarder,’ says Josh, 33… ‘If I can’t store my memories of something in a computer, I’m probably not going to keep them around.’” (The Washington Post, 3/28/15)

According to Stephanie Kenyon, owner of an auction and appraisal company in Chevy Chase, Maryland: Younger people aren’t really that interested in filling shelves with collectibles. The under-35 set has always had eBay to find exactly what they wanted and aren’t as nostalgic for former decades.

What to Do?
Have you heard the new term – ‘brown furniture’? The furnishings industry has coined this “for the big, dated wood-finished and upholstered pieces that no one wants anymore.  Stockpiles of ‘brown leather and brown Ultrasuede couches have nowhere to go,’ says Jeffrey Brooks, a Long Valley, N.J., interior designer.” (Wall Street Journal, 7/1/2014)

The looming question – what to do with the brown furniture and other extra stuff? Start now! Don’t wait until you need to move, or some unforeseen event sets in, forcing you to downsize within the next two weeks. The more time you have, the more likely that you can find ‘homes’ for all your extra things.

If you are looking for some cash, hold a garage sale. Or if that’s too much work, hire a company that specializes in home sales and/or on-line auctions. We recommend finding a reputable organization with excellent recommendations. A consignment shop is another option; they typically take 50% of the proceeds. Most are particular about the types of items that they accept. It’s very easy to send a photo and description ahead of time via e-mail. From that, they can tell you whether it’s acceptable and provide you with an estimated selling price.

Donating is a terrific option! And don’t forget to track your donations for a tax write-off. Goodwill, Salvation Army, and Savers take many types of items. If furniture is questionable, e-mail them a photo. Note that many charitable organizations have become more particular, in terms of the furniture pieces that they will accept. In spite of this, Major Davis, the head of the Salvation Army, states that their volume of furniture donations is growing by about four percent annually. Check out your local thrift shop. Talk to charitable organizations in your area. If the process becomes overwhelming, hire someone to help who is familiar with resources in your area.

Give away the items that you are unable to sell or donate. Ask people with whom you work; don’t forget your cleaning lady or lawn service people. If your contacts do not need or want your items, it‘s likely they may know of someone that will. Use social media to get the word out! If you don’t mind talking to strangers, post on Freecycle or your local Craig’s List. Many communities also have local swaps and exchanges.

Check out events in your community! Some towns have pick-up days, where they will take anything that you place out on your curb. Recycling events are a great way to dispose of scrap metals, tires, paints, electronics and other items.